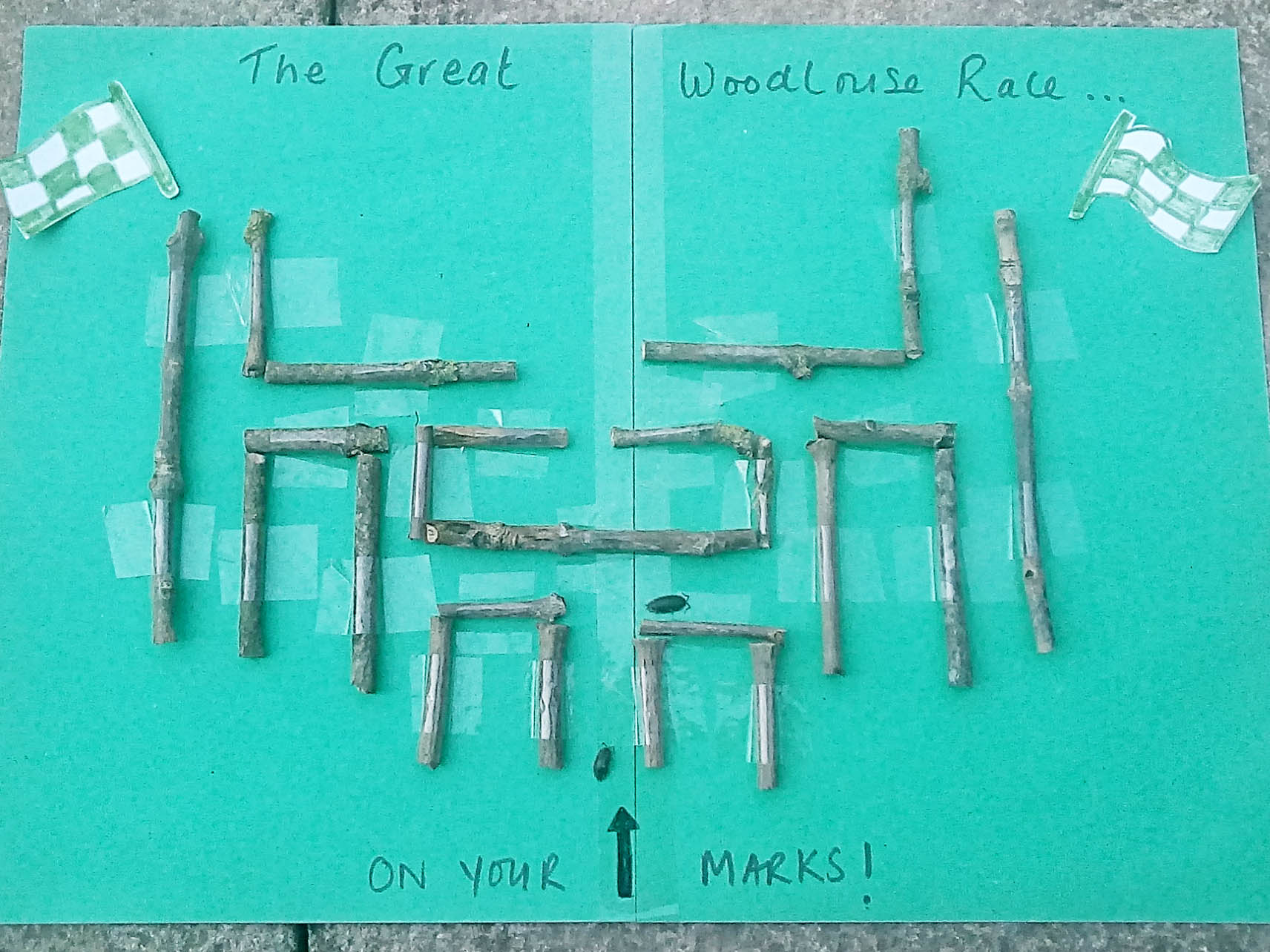 Find a collection of fairly straight twigs. They want to be thick enough that your woodlice are not tempted to jump over.

Arrange the twigs into a maze shape onto a sheet of paper. Give it lots of choices of direction in which to turn. The walkways need to be wide enough for the woodlice to move along but not too wide for it to turn around. That way, it has to keep moving forward.

Attach the twigs with sticky tape so that they can’t be pushed out of place. You might want to add some flags or a Start and Finish line.

Now to find some woodlice! They like to live in dark damp places so take a look under flower pots or under rocks in the garden.

Pick up the woodlice gently and put them into a jam jar.

Put the woodlice in the entrance of your maze and set them off. See which one reaches the finish first.

The science bit: I have read that if forced to make a series of turns woodlice almost always keep turning in the opposite direction to their last turn. So that a right turn will be followed by a left, then a right, then a left and so on… This instinct helps them keep moving in a roughly forward direction.

Perhaps you could design a chart something like the one below to test if this theory is correct. Hold several races and write down which direction they went after each turn. You may need more columns depending how many turns your maze has.

After you have finished with the race track remember to carefully return the woodlice to where you found them.