On Dartmoor we have the little five! Some are rare, some are secretive but all are fascinating... 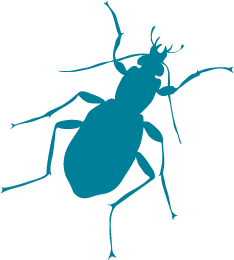 The moss-covered boulders and tree trunks in Dartmoor’s ancient oak woodlands hide a fierce predator. However, unless you are out exploring on a wet or humid summer night you will probably never know it was there.

The blue ground beetle is one of the largest and rarest beetles in the UK. It grows to nearly one and a half inches (28mm) and has long legs and a distinctive metallic blue colouring. Adult beetles feed on slugs, particularly the ash black slug, and can be found climbing trees at night in search of their prey. They follow slime trails, grip the slug in their jaws, and inject the unfortunate victim with digestive juices which dissolve the slug into a digestible mush. Dartmoor’s oak woodlands contain the UK’s largest populations of this beetle. 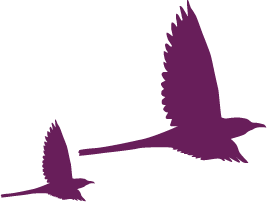 The cuckoo is a dove sized bird with grey upper parts, head and chest, and dark barred white under parts. They are migratory birds arriving on Dartmoor around April and departing in July or August. They lay their eggs in the nests of other birds - on Dartmoor mainly meadow pipits. Dartmoor is a stronghold for the cuckoo which has declined by 70% in the UK over the last 20 years.

The cuckoos that spend summer on Dartmoor, over-winter in the Congolese  tropical rainforests – a round trip of 10,000 miles.

Look out for small birds such as pipits and finches fluttering around  or chasing (‘mobbing’) adult cuckoos in an attempt to drive them away.

Dartmoor is home to the globally threatened marsh fritillary butterfly. This medium sized butterfly can be seen from mid-May to the end of June in areas of wet grassland with abundant devil’s bit scabious. The caterpillars live in a protective web and feed on the leaves of the scabious.

Scientists have studied the numbers of butterflies at sites on Dartmoor. Even when the weather and habitat are perfect the numbers of this butterfly at a site can suddenly crash. This is due to a parasitic wasp, the larvae of which feed on and kill the caterpillars. This is perfectly natural - the wasp and the butterfly have evolved together – but numbers quickly recover provided that there is sufficient suitable habitats and nearby colonies.

Otters have medium to dark brown upper parts and are lighter underneath. They can grow up to a metre in length from nose to tail and are mainly nocturnal, often travelling over large distances, with individuals maintaining ranges of up to 20km of river habitat. They are very territorial and spend their time hunting and patrolling their territory. They rest in holts which are often under riverside tree roots or in cavities in river banks. Dartmoor’s rivers have always been a stronghold for this species, even when the species became extinct in most of lowland England. The otter is a national conservation success, and is an indicator of a healthy river.

You will need lots of luck and patience to see an otter but their presence is often indicated by their sweet musky smelling droppings called ‘spraints’ which act as territorial markers. These are often found on rocks under bridges and where two streams meet.

The world’s largest land slug, the ash black slug can exceed 20 cm. This nocturnal slug can be found in Dartmoor’s ancient woodlands. On damp nights the slugs emerge to feed on fungi, lichens and algae and can be found on the woodland floor, on tree stumps or up trees. During the day they hide under dead wood. Adult slugs can be found all year round.

Slugs are hermaphrodites, having both female and male reproductive organs. Nevertheless, it still requires two slugs to reproduce!