The Legend of Bowerman’s Nose

The Legend of Bowerman’s Nose 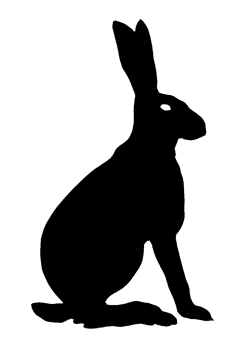 There are many outcrops of granite on Dartmoor; some are massive and awe inspiring such as Vixen Tor but none are more strange than the tall column of rock known as Bowerman’s Nose.  The following story has long been told on Dartmoor to explain how the tall, human looking column came to be where it is.

Many, many years ago there lived on the Eastern part of the Moor a man who was know as Bowerman the Hunter.  Bowerman was a tall, powerful man who owned a pack of large, fierce hounds and whose chief delight was in hunting on the moors he loved so well.  Besides being a keen hunter, Bowerman was a jovial kindly man who was generous to the poor people of the Moor and who was popular and well liked by everyone who knew him, or at least, almost everyone.  At that time on Dartmoor there were many witches who held their meetings in secluded spots on the Moor and terrorised the local people who were afraid of them.  All except Bowerman who was afraid of noone, “not even the Devil himself”, he used to say, which the local people used to think was tempting fate and the Devil.. The witches disliked Bowerman partly because he wasn’t afraid of them but mainly because he encouraged others not to be afraid.  Indeed the witches were just a bit afraid of Bowerman because of his great strength and of his pack of fierce hounds who went everywhere with him.

One dark autumn evening Bowerman was out hunting with his pack, hot on the scent of a hare.  Just as they looked like catching it, the hare turned into a narrow valley, closely followed by hounds and by Bowerman himself.  Now this valley was one where the witches used to hold their Sabbaths and they were in the middle of their weird rites when suddenly hare, pack, and Bowerman himself burst in upon them.  The hare ran on through, the dogs barked and the hunter roared with laughter as he continued the chase, leaving the witches shrieking with rage.

The witches were very angry indeed and, once they had settled down, plotted their revenge.  One of the witches, Levera by name, had the power to turn herself into a hare and this she did placing herself where Bowerman and the pack would find her, while the rest of the evil brood prepared an ambush.  Bowerman and the pack, having lost their prey in the witches’ valley, were casting around when they picked up the scent of Levera who was in the guise of a hare.  The pack gave tongue and took up the chase closely followed by the delighted Bowerman.  Levera led them a chase such as Bowerman had never experienced; hour after hour across the rough peaty moorland, up hills and over tors, across streams and through river valleys the chase went on, sometimes only yards from the prey and sometimes almost out of sight.  At last, when Bowerman 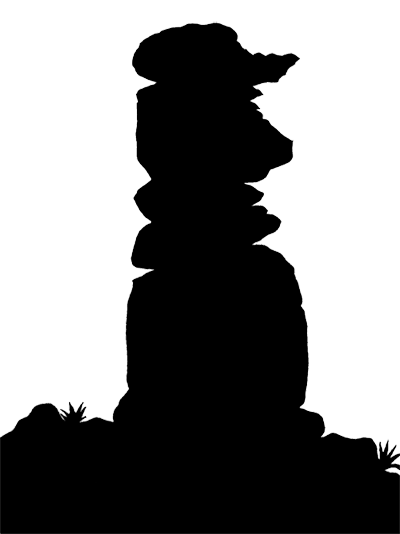 and his pack were almost completely exhausted, the trap was sprung.  Levera slowed down, almost allowing herself to be caught then suddenly turn abruptly round the side of the tor where the witches were hidden, followed by Bowerman and his hounds.  The exhausted hunter suddenly found himself surrounded by a horde of evil, shrieking witches who combined to cast a powerful spell turning Bowerman and his hounds to stone where they stood.  You can still see the stone figure that was Bowerman with his pack of stone hounds scattered around just as they were that fatal day and sometimes, when the night is misty or moonless people claim to have heard Bowerman and his pack following some quarry.

This is not the end of the story however.  The people of Dartmoor were so angry when they heard of the fate that had befallen their friend that they too forgot their fear of the witches and determined to drive the witches out of Devon for ever.  The witches, realising what a hornet’s nest they has stirred up mounted their broomsticks and were carried on the wind over the Bristol Channel into Wales.  That is why, even to this day, many Welsh women wear tall, pointed witch’s hats and why there have never since been any evil witches in Devon.