The Legend of Childe the Hunter

The Legend of Childe the Hunter

Childe’s Tombe lies on the fringe of Fox Tor Mire, about half a mile from Whiteworks.  How did it come to be there and what is the story behind it?The story of Childe the hunter is one of the best known legends of Dartmoor.

Childe the Hunter, who held fairly extensive lands in Plymstock and thus was quite a rich man, was also a very enthusiastic hunter who did not scorn to hunt alone at all times of the year on Dartmoor.  One day Childe, whilst out hunting was caught in a blizzard which made further travel extremely difficult.

At first Childe tried to battle his way through the blinding snow until finally, both he and his horse being almost exhausted, he decided to try to wait out the storm.  Eventually when hope had almost vanished, Childe in desperation, slew his horse, disembowelled it and climbed inside seeking the last vestiges of warmth, but to no avail.

Childe was found weeks later frozen to death and his death reported to the monks of Tavistock Abbey.

Now, by the terms of Childe’s will, wheresoever he was buried, to that church would his lands belong, so the monks of Tavistock Abbey were delighted, and determined that Childe would be buried in Tavistock at the Abbey Church.

At that time there was great rivalry and some ill feeling between Plymstock and Tavistock and furthermore, the people of Plymstock felt that, as Childe had been a Plymstock man, his lands should rightly belong to them. They duly assembled at the bridge over the river Tavy across which the monks of Tavistock would have to pass. They were intent on gaining the body of Childe and thus ensuring that his lands remained the property of Plymstock Priory. 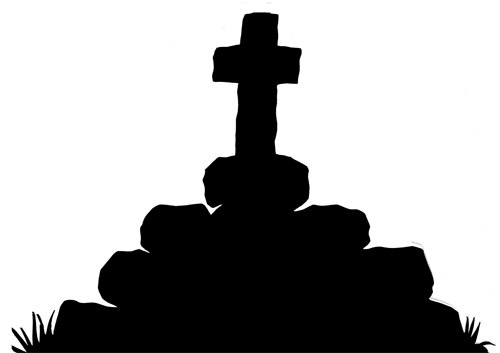 On hearing of the proposed ambush, the monks of Tavistock returned by a different route, erecting a simple bridge over the Tavy to enable them to do so.  The people of Plymstock had been deceived by guile and thus the bridge which had been erected became known as Guilebridge.  It is also said that originally Childe’s tomb bore this inscription:

As the body of Childe the Hunter is supposed to have been buried in Tavistock it seems probable that Childe’s tomb must mark the spot where his body was found.