The Legend of the bed of tulips

The Legend of the bed of tulips 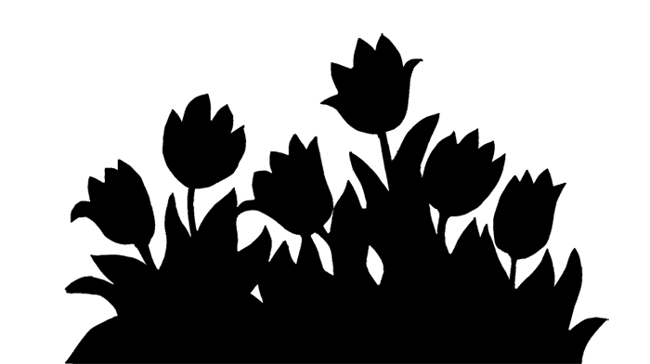 Once long ago, near the middle of Dartmoor, on the fringe of one of the small villages, stood a pretty little thatched cottage in which lived an old woman all by herself.  The old woman was never lonely as she was frequently visited by children from the village and also because she was friendly to the animals and birds and often shared her food with them.  Many birds owed their survival during the winter to the old lady and the food and water she always put out for them.

As well as the children and the animals, the old woman also had her beautiful garden which she loved and tended carefully and which was full of the most beautiful flowers.  One night, just as the old woman was dropping off to sleep. She thought she heard the sound of music and looked out of the window.  There, to her amazement, she saw a number of pixies dancing on the lawn, completely unafraid.  The old woman also noticed that her tulips seemed to be swaying in time to that music and, on looking closer, realised that, lying in the cup of each tulip was a tiny pixie baby, fast asleep being rocked in its colourful cradle.  She was absolutely delighted to think that the pixies were honouring her garden and vowed always to have a bed of tulip available for the pixies.

After many happy years the old lady eventually died peacefully in her sleep and the cottage was taken over by one of the villagers.  The new occupant, an old man, thought that flowers were a waste of space and dug up the lawn and the flower garden, planting vegetables instead, and because he thought the birds might eat his crop, chase them away and put a fence around the garden.  The pixies were annoyed at losing their dancing space and their cradles and vowed that nothing would ever grow in the garden ever again.  Sure enough the vegetables failed every year and the garden became just a bare piece of earth but the pixies did not forget their friend the old woman.  Soon after, a mass of beautiful flowers appeared growing on the old woman’s grave and have bloomed there ever since, a mark of affection from her friends the pixies.