The Legend of the Cranmere Benjie

The Legend of the Cranmere Benjie

Many, many years ago, in the town of Okehampton which lies at the foot of the highest part of Dartmoor, there lived a wealthy merchant named Benjamin Gayer.

In those days the seas were nowhere near as safe as they are today. The seaman of that time had many perils to face, not only the perils of the sea such as gales and uncharted rocky coasts unmarked by lighthouse, but also the danger of attack by fierce merciless Turkish pirates.

Gayer, because of this position of ship owner and importer, had been entrusted with the task of collecting money from the inhabitants of Okehampton. This money was to be used to form a fund for the ransom of unfortunate mariners, who unless ransomed were doomed to spend the rest of their lives as galley slaves in the hands of cruel pirates.

It so happened, that when Benjamin Gayer had collected a large sum of money the new arrived that several of his largest ships, laden with valuable cargoes, had been captured by the Turkish pirates.

Poor Benjamin Gayer was shocked by the news. The bulk of his wealth was invested in these ships and merchandise.  He was ruined unless he could obtain money from some other quarter.

Now Benjamin was not a bad man, though he had a large sum of money available in the shape of the ransom fund, he did not mean to steal the money. Just a loan, he thought, until he could recoup his losses.  He could return the money and even pay some interest once he had made some more money. Alas, it was not to be, Benjamin suffered misfortune after misfortune and never managed to repay the money.

The wicked deed and the thought of the fate of the poor English mariners so preyed on his mind that he fell ill and very soon after he died.

That was not to be the end however, but only the start.  The guilty spirit of Benjamin Gayer refused  to be still, but haunted the neighbourhood of his old house, bewailing his fate and his misdeeds.  For many years the people of Okehampton were plagued by the wailing, moaning and sobbing of the ghost of Benjamin.

After some years the people of Okehampton could stand it no longer.  Though the ghost was harmless and meant no harm to anyone, it was very disturbing to hear the dreadful piteous sobbing and crying night after night, week and week, month after month. Something had to be done.

The people of Okehampton asked the Archdeacon to rid them of the poor unfortunate ghost.  Realising that the task would be no easy one the Archdeacon gathered together all the available clergy from the surrounding districts and together they set about the task of banishing the spirit.

One after the other the clergymen tried all they knew but to no avail, the stubborn spirit still stuck to the area he knew.  At length, one of the parsons more learned that the others called to the spirit in Arabic saying “Benjamin Gayer, the time has come for you to depart from the town of Okehampton.” The spectre then replied, “ Now you have spoken, I must be gone”.

The ghost was made to take the shape of a young, coal black colt. A bridle and bit that had never before been used was place on the colt and one of the best young horsemen in the town was instructed to ride him.

The Holy Sacrament of the Church was administered to the rider and he was given strict instructions.  He was ordered to ride the colt to Cranmere Pool, which is situated on one of the bleakest, most desolate parts of Dartmoor. He was given firm instructions that, on no account must he let the colt’s head turn towards Okehampton until a part of the moor known as Okehampton Park had been safely crossed. When he neared the pool he was to ride fast down the slope to the water’s edge whipping the colt up to an unstoppable speed then. At the last moment, he must throw himself clear, removing the bridle at the same time, allowing the colt to ride on into the pool.

All this was accomplished skilfully and without mishap, and poor Benjamin in the shape of the colt, plunged into the depths of Cranmere Pool never to be seen again.

To make sure that the ghost was laid for good, the spirit was condemned to bail the water from Cranmere Pool using a sieve. Poor Benjamin worked away at his endless , seemingly impossible task until one day her found the body of a sheep near the pool.  The crafty spirit quickly skinned the sheep and used the skin as a liner for the sieve. Now he was able to empty the pool so quickly that the water flooded down upon the town of Okehampton causing much distress and discomfort. 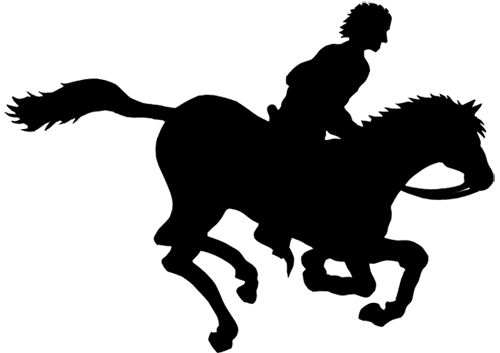 This time the citizens really lost all patience and caused another, more terrible curse to be called down on the unfortunate spirit.  This time he was condemned to make trusses of sand which were to be bound with bindings of the same material and the task was to continue until the Day of Judgement.

Though poor Cranmere Benjie, as the spirit came to be called, was never seen again, sometimes, when the night is dark and moonless and a mist falls on the moors, the wailing of poor Benjie can be heard sobbing and moaning as he continues with his endless impossible task, and to this day Cranmere Pool is no longer a pool but just a marshy hollow amid the hills and tors of Dartmoor.