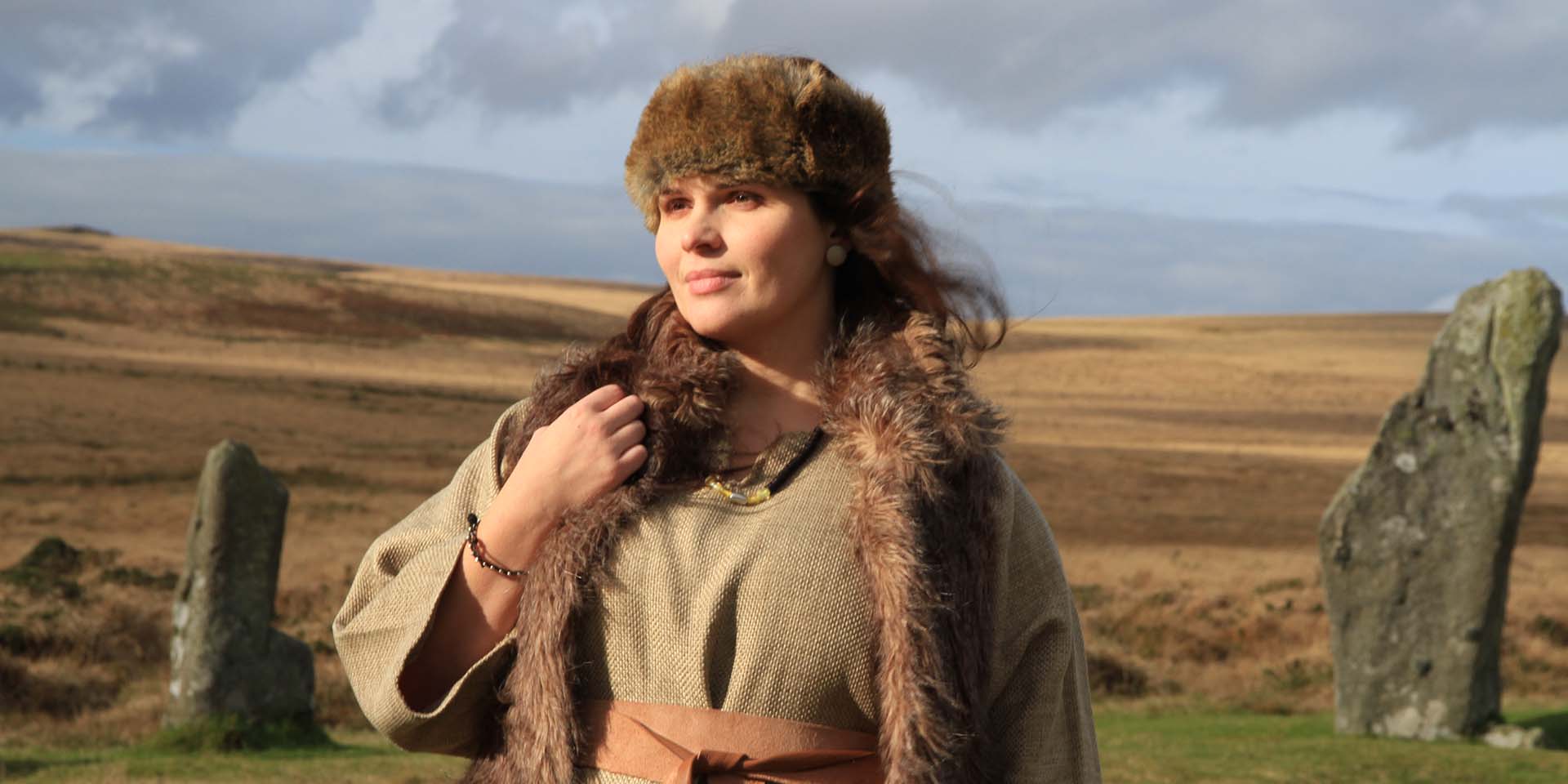 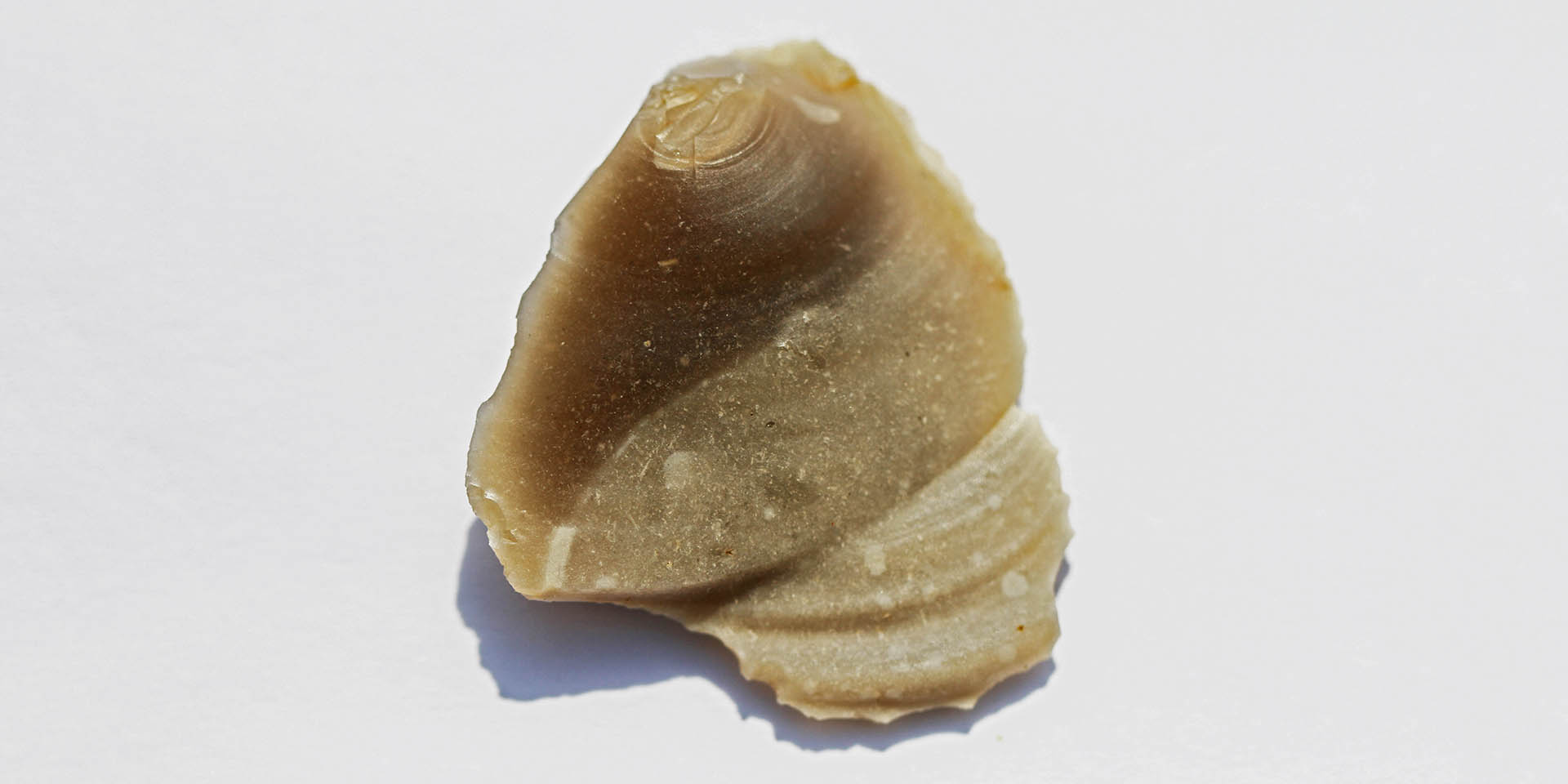 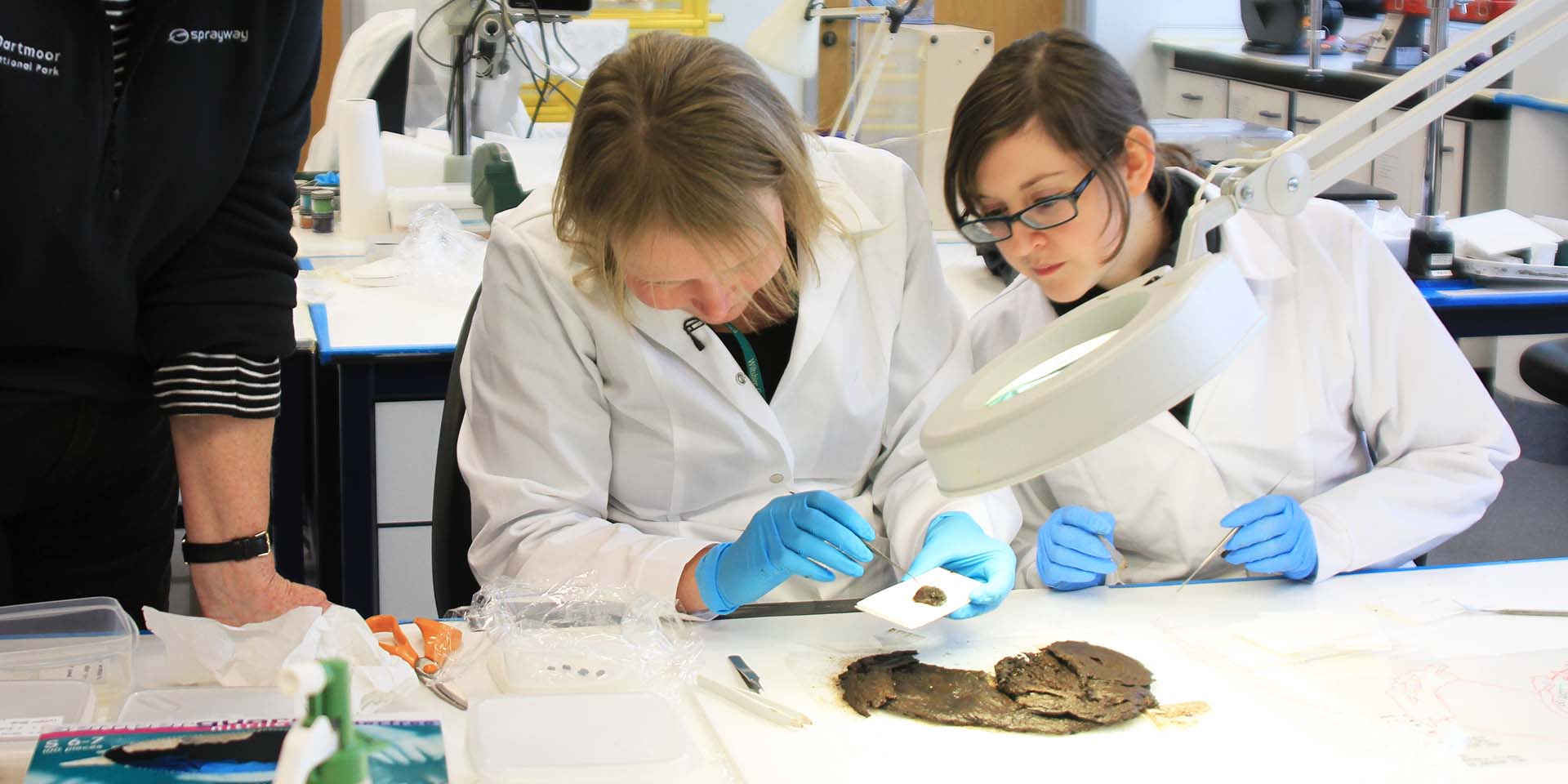 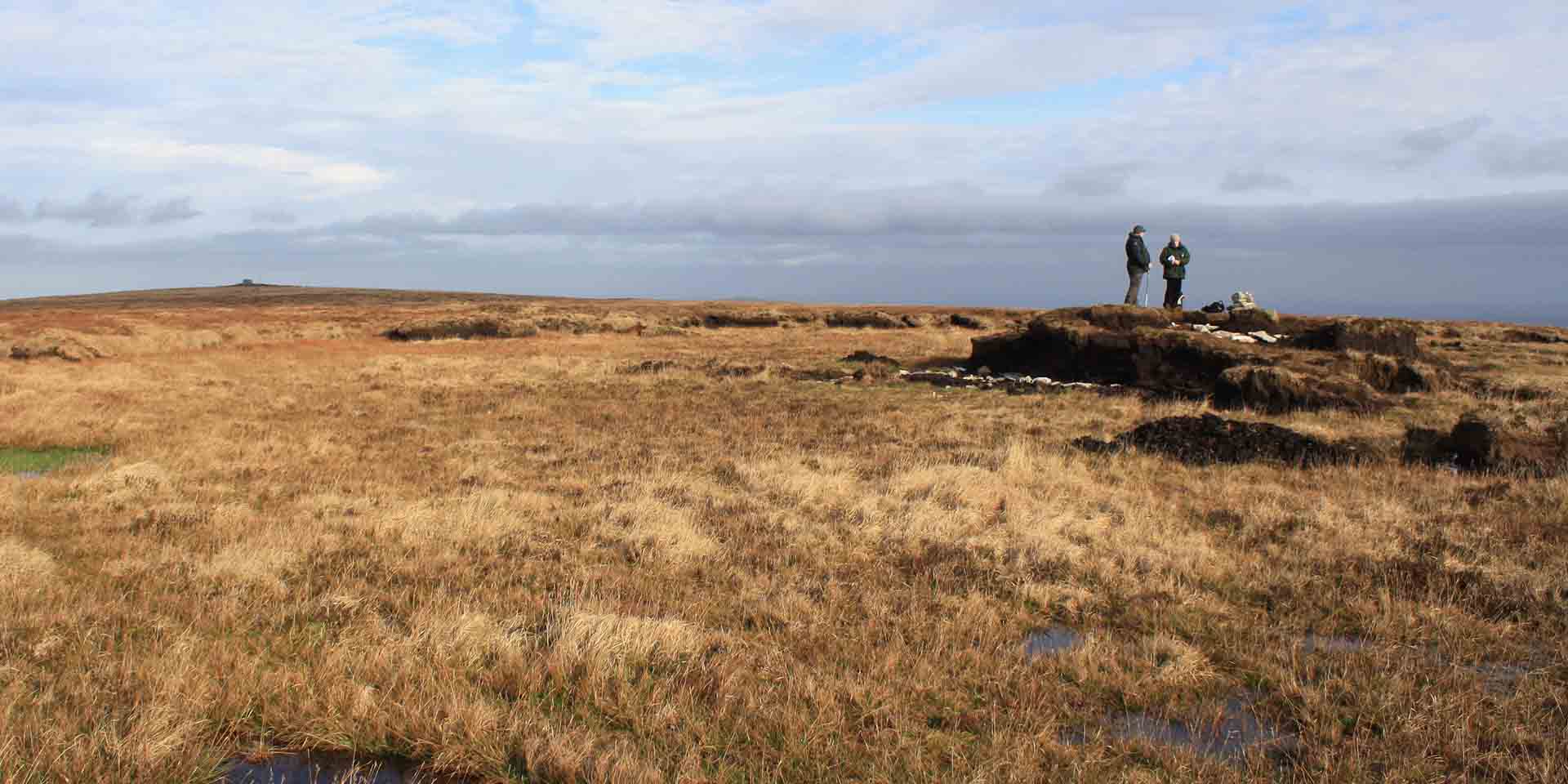 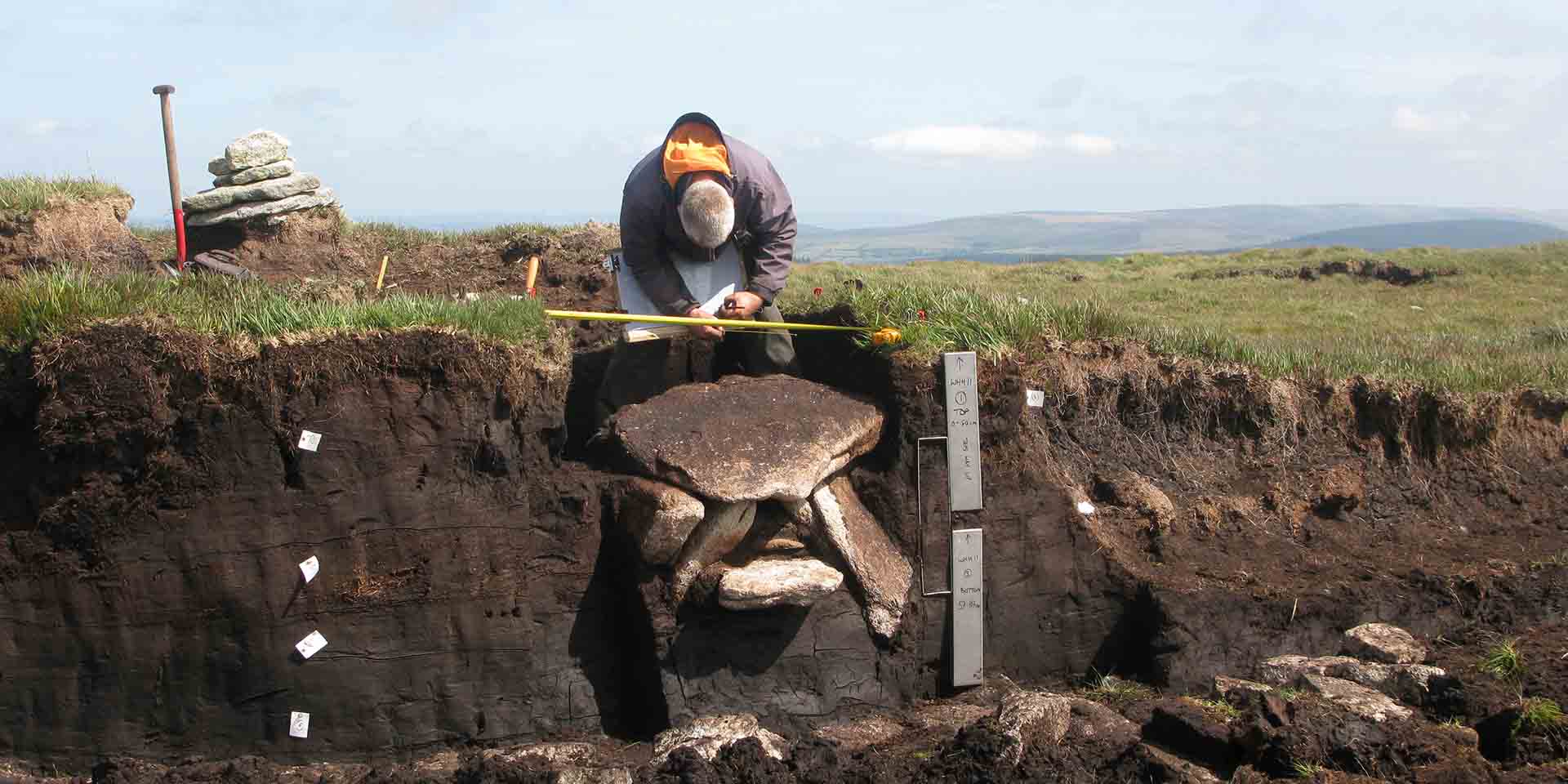 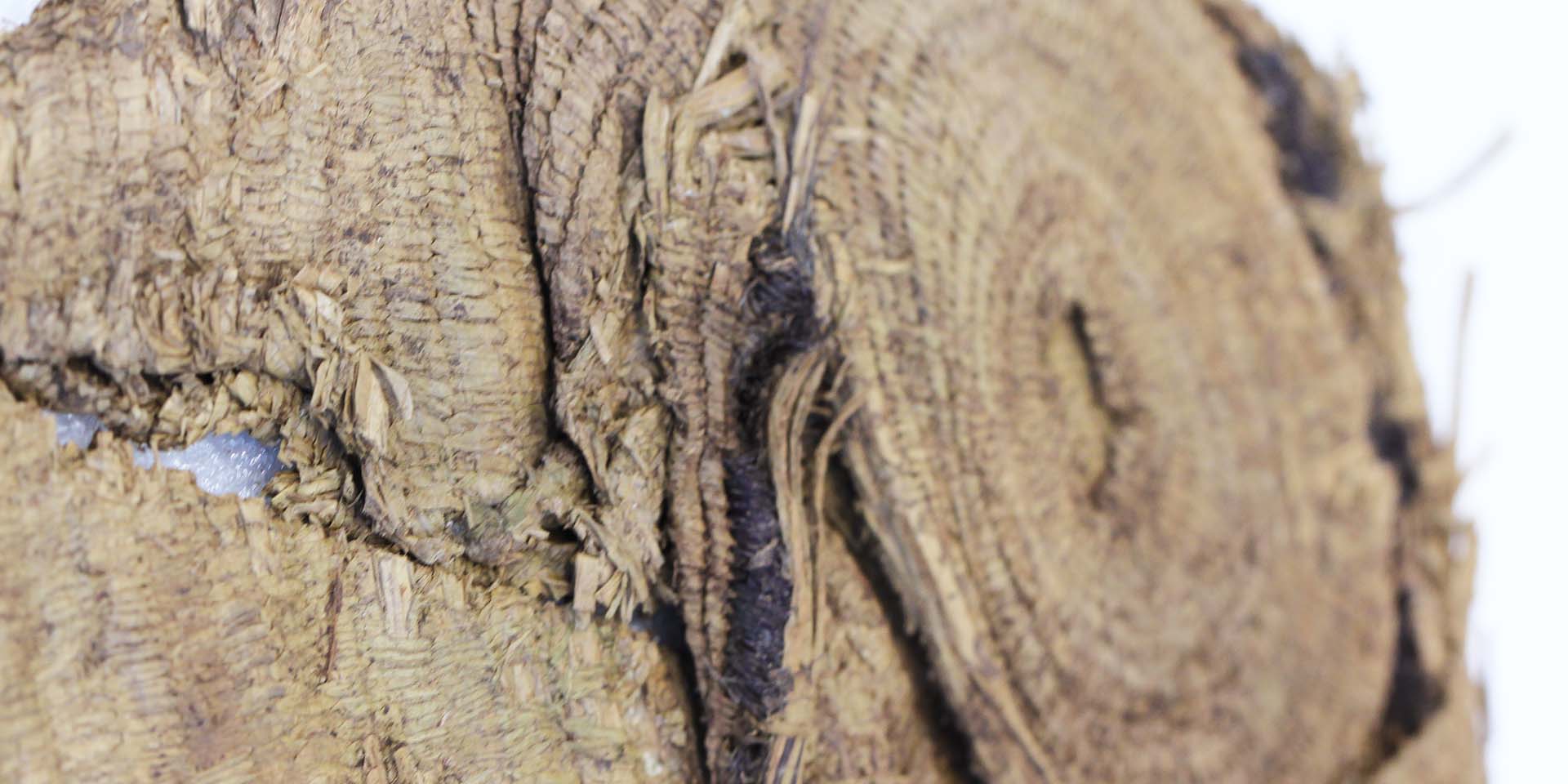 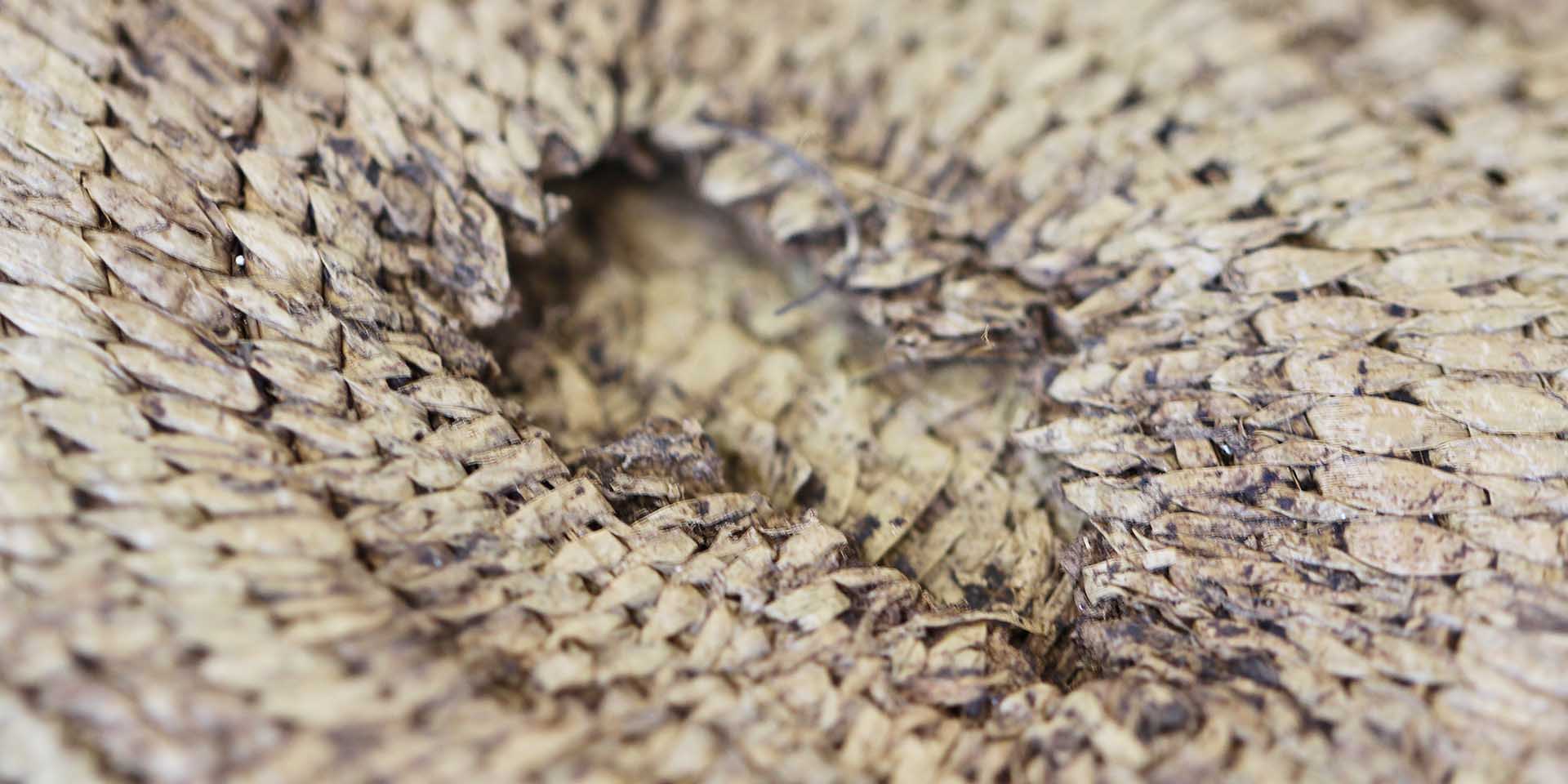 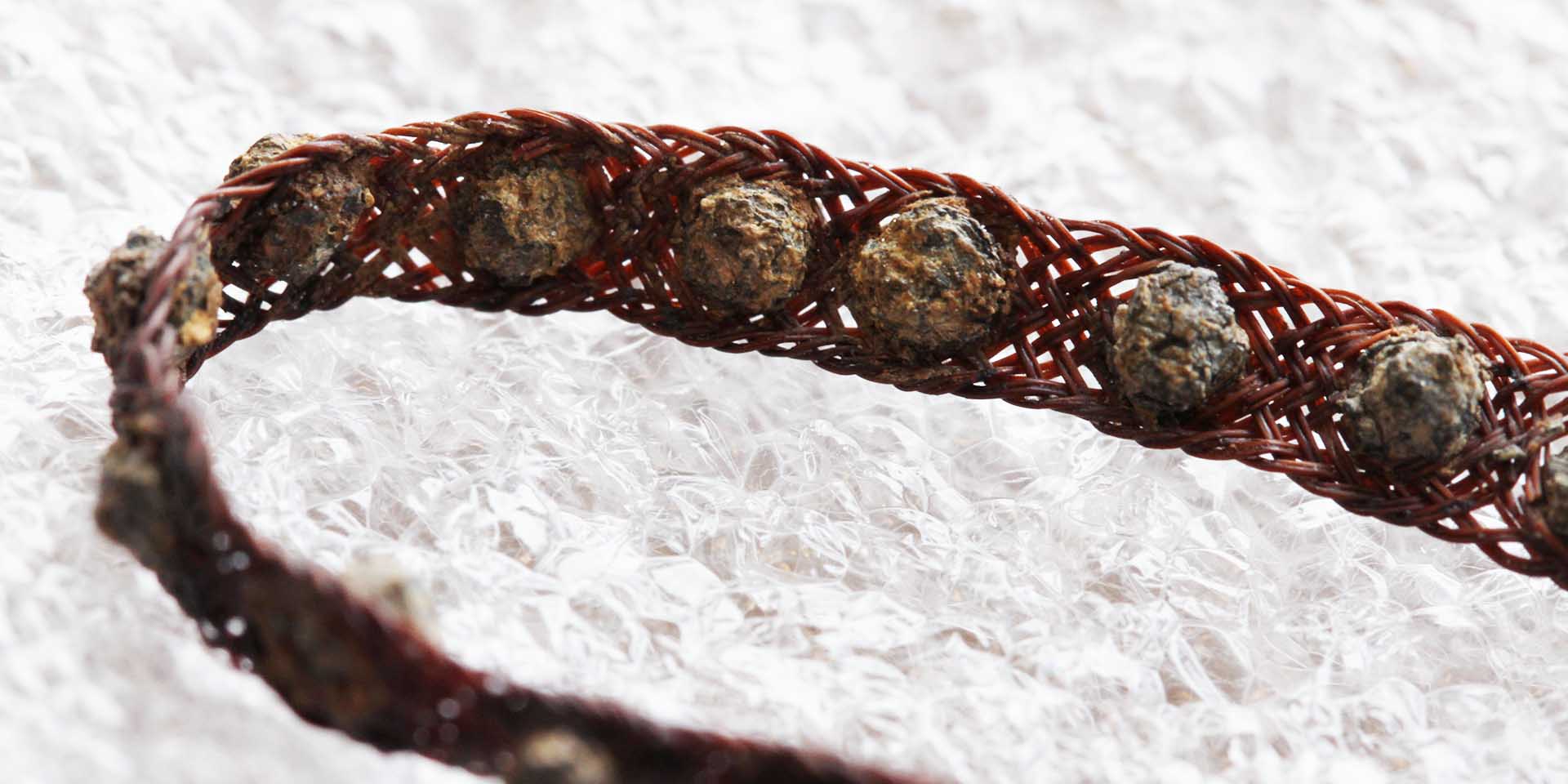 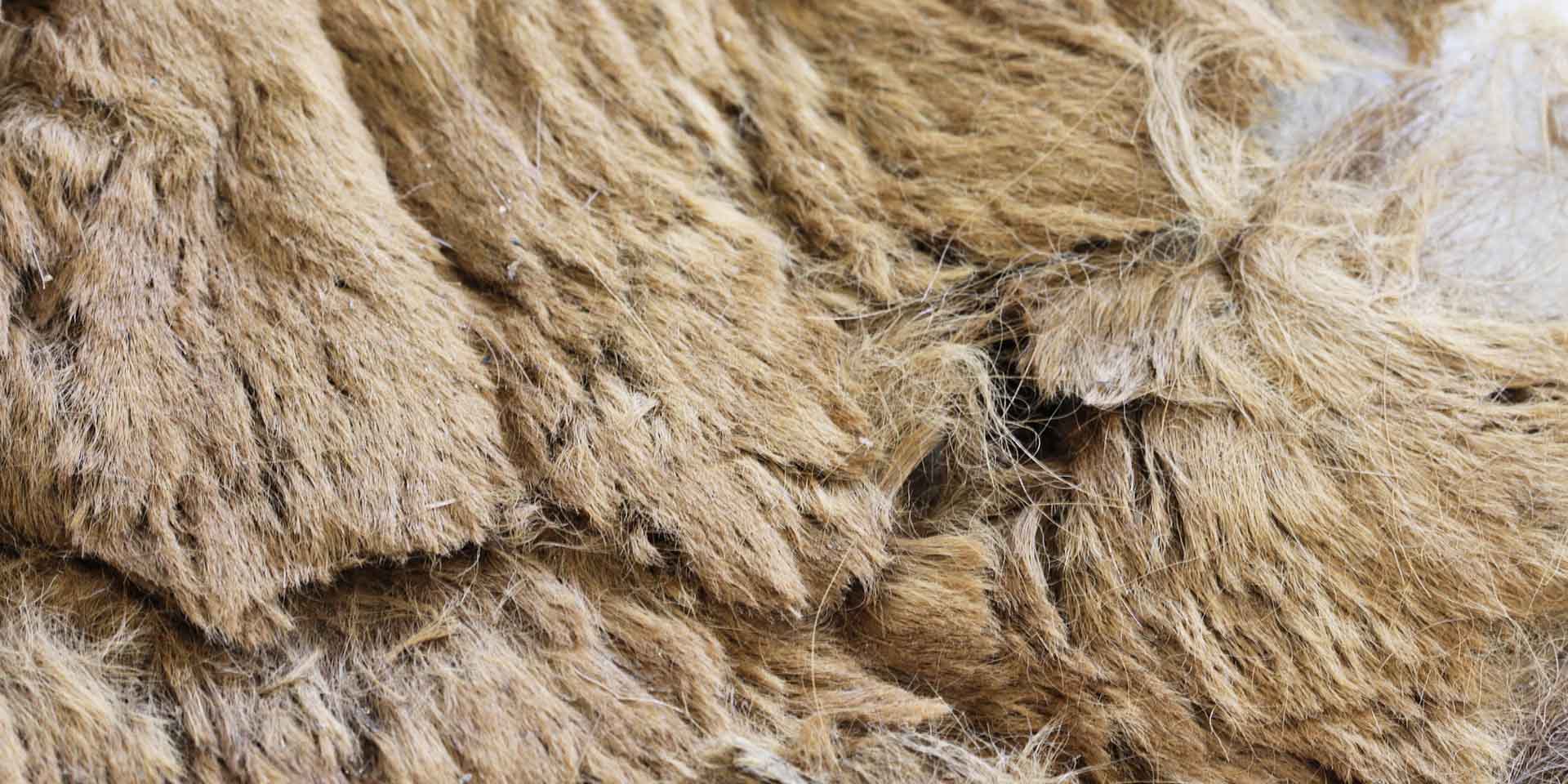 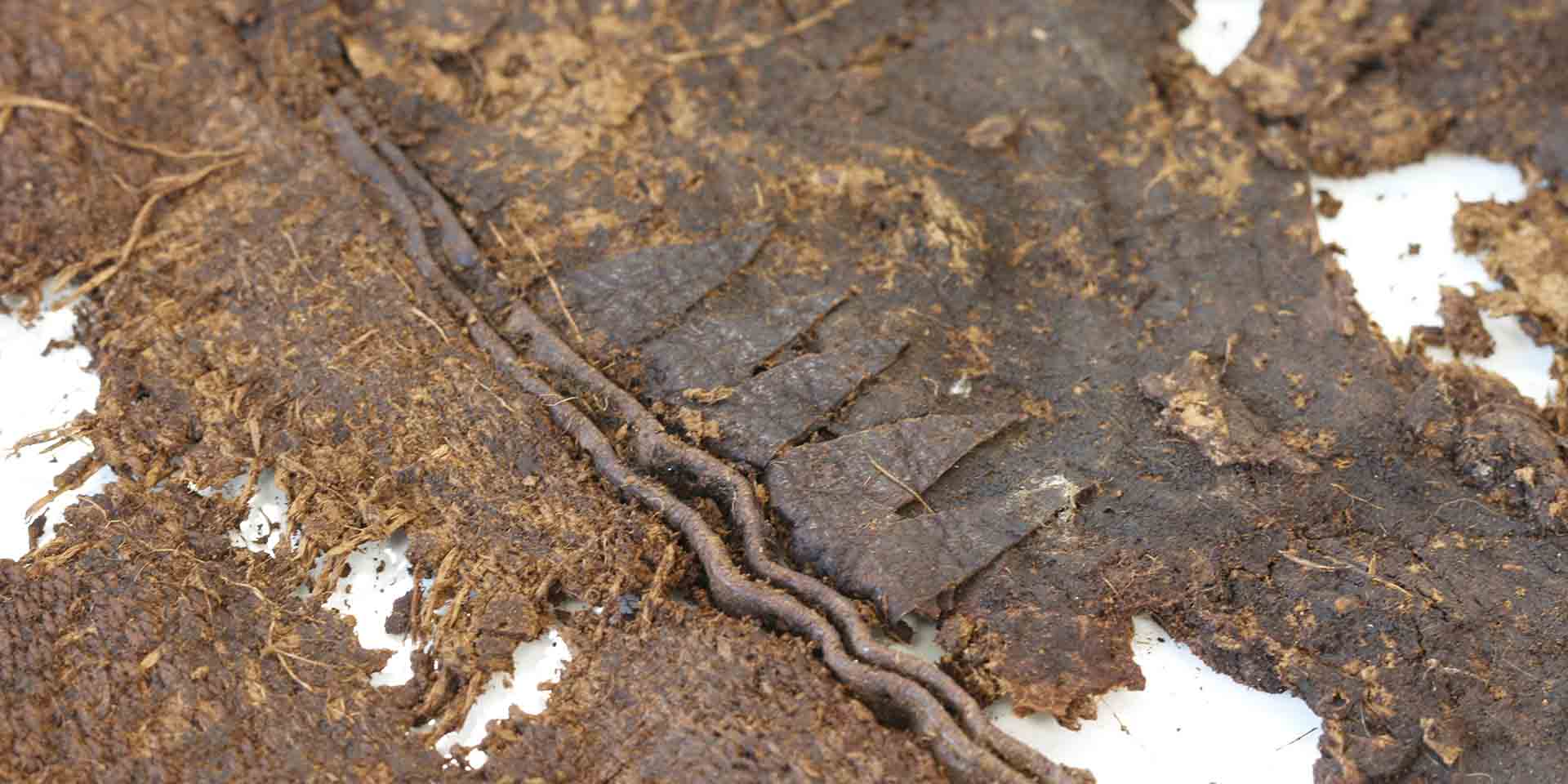 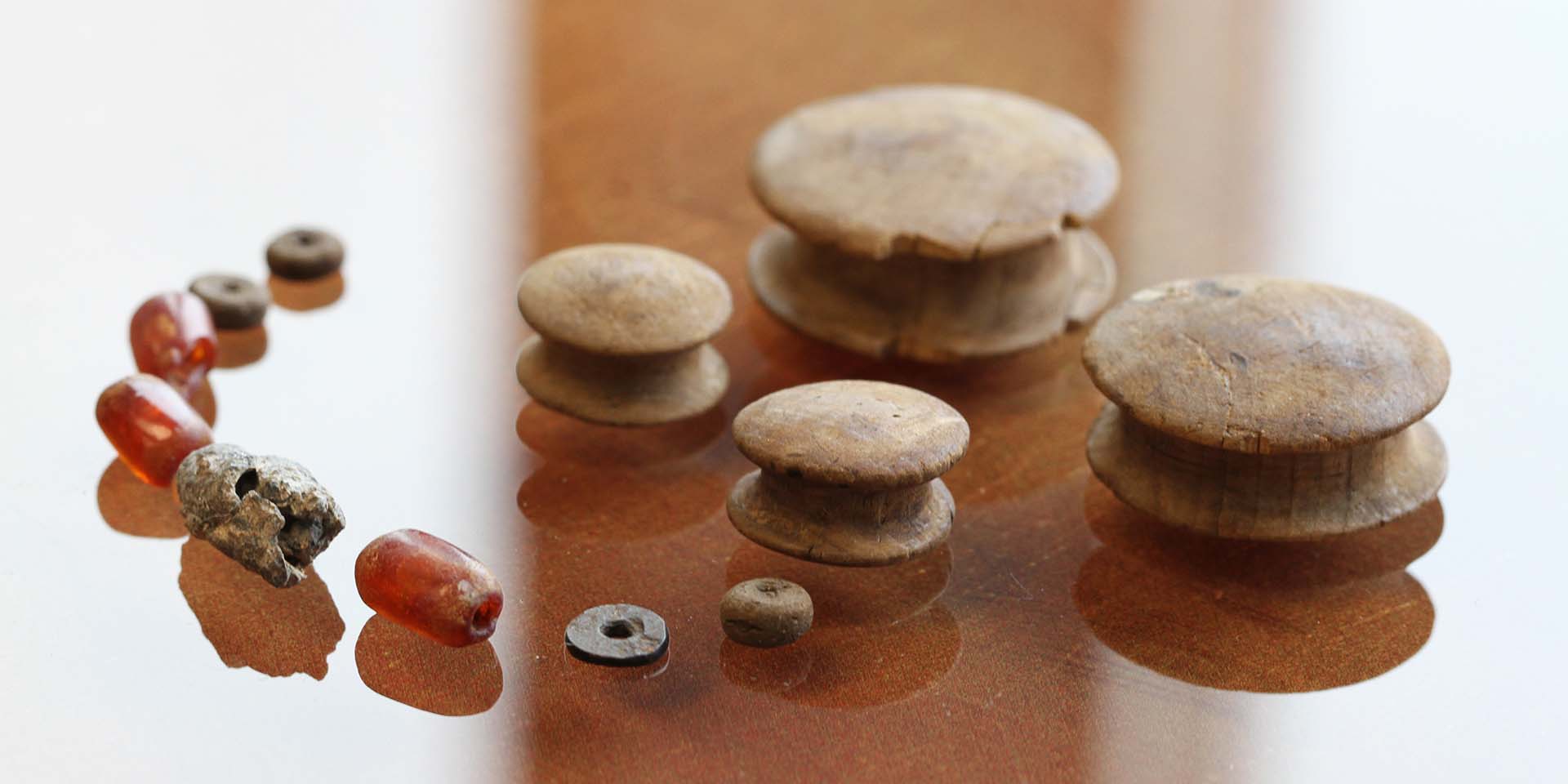 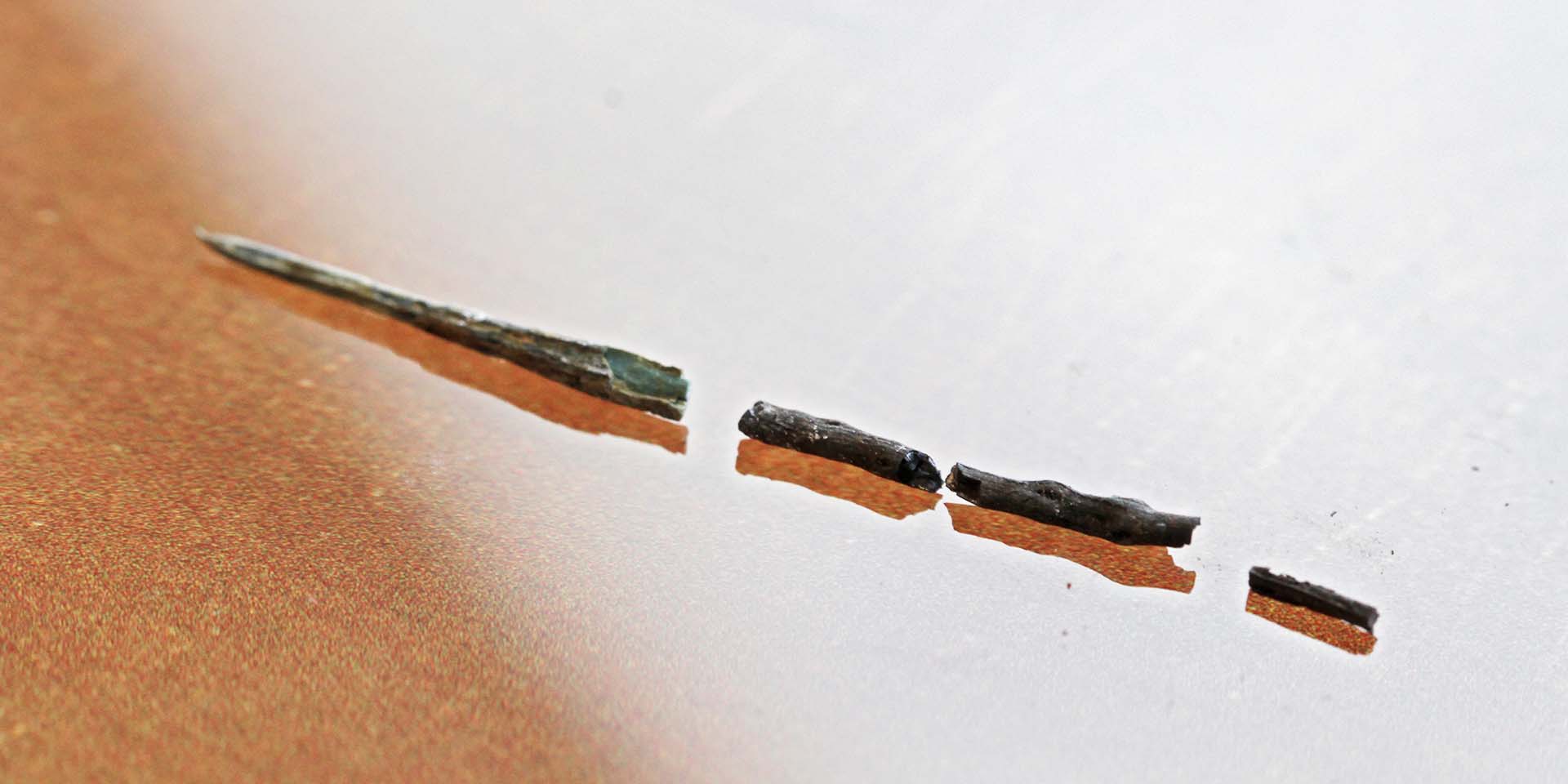 The Whitehorse Hill cist was discovered in the 1990s eroding from the side of a mound of peat at an elevation of around 600m. A cist is a stone-built ‘box’ inserted into the ground into which the dead were placed in prehistoric times – a precursor to the coffins of today. Initially, attempts were made to preserve the cist in situ, but it eventually became apparent that erosion was too severe and it would eventually be destroyed.

Accordingly, in 2011, an excavation was undertaken in order to understand the cist before the erosion took its full toll. As the grave had been at least partially exposed to the elements for over a decade expectations were not high. Rarely in archaeology, has an assessment been more wrong! The first indication that the excavation had encountered anything unusual was the identification of a bead suggesting that some, at least, of the burials grave goods had survived. Such survival alone has been unusual for Dartmoor’s cists, many of which were investigated before the development of modern archaeological techniques. However, as excavation proceeded it quickly became clear that the Whitehorse Hill cist was more than simply unusual; it was incredibly significant. The peat in which the cist was constructed has exceptional preservative qualities; the waterlogging and lack of oxygen inhibit the action of the bacteria which cause decay and so artefacts which would have long since rotted away in most other environments survived.

The grave contained the cremated remains of a young adult, probably a female, which had been placed in the cist in the Early Bonze Age between 1730BC and 1600BC. This had been wrapped in an animal pelt, analysis of which revealed had been from a brown bear, fastened with a copper alloy pin. A variety of other grave goods had accompanied the deceased into the afterlife. These included over 200 beads of fired clay, shale, amber and tin which had probably originally formed a necklace, wooden studs which may have been worn as labrettes in the ears and/or lips (similar to the ear stretchers worn by some people today) fragments of textile and leather, a flint tool, a bracelet of woven cow hair and tin studs and a basketry container.

The Whitehorse Hill finds have offered numerous valuable insights into the Early Bronze Age world on Dartmoor that we would be unlikely to have gained from most other sites. The beads of the necklace show us that, far from being isolated, the local population had contacts with a wider world and were able to acquire materials from as far away as the Baltic in the form of amber. The textiles, leather and basketry show us the range of organic resources that were being exploited and the consummate skill with which objects were crafted. The wooden labrettes hint at some of the ways in which Bronze Age people used their appearance to express themselves and their identities, while the bear pelt may be telling us that the wider environment of the Early Bronze Age was a very different one to that of today. In summary, the Whitehorse Hill cist is a find of international importance which will inform the way we think about the Early Bronze Age for many years to come. But perhaps just as importantly, it gives us some idea of what else might still await discovery out there on the moor.

Visit the National Park Visitor Centre at Postbridge to see an exhibition containing replicas of the Whitehorse Hill finds.